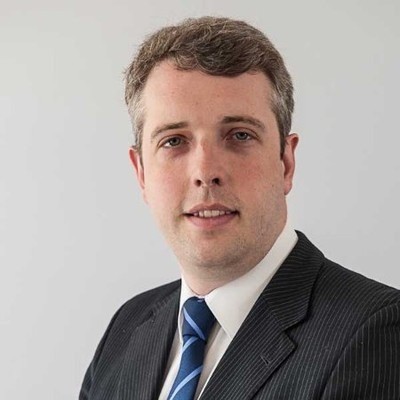 Garrett is primarily responsible for servicing owner-managed businesses, larger corporations and international groups of companies. His clients are drawn from a wide spectrum of industry sectors including construction, information technology, professional services and not-for-profit charitable organisations.

With considerable experience in all areas of general practice – including audit, insolvency, taxation and finance – Garrett has a particular interest in assisting new business ventures to get started in Ireland and advising existing businesses who want to expand internationally. A member of the Irish Society of Insolvency Practitioners, he has been appointed as liquidator or receiver for a significant number of Irish companies.

Garrett graduated from the University of Limerick in 2001 with a degree in Business Studies. He joined HMCA as an Audit Manager from a leading Dublin practice in October 2005, and was appointed as a partner in the firm in November 2011. An Associate member of Chartered Accountants Ireland, he is also a Statutory Auditor and tax agent. In 2015, Garrett was elected Chairman of the Committee of Leinster Society of Chartered Accountants which represents over 11,500 Chartered Accountants in the Leinster Region.

Manage Cookie Consent
To provide the best experiences, we use technologies like cookies to store and/or access device information. Consenting to these technologies will allow us to process data such as browsing behaviour or unique IDs on this site. Not consenting or withdrawing consent, may adversely affect certain features and functions.
Manage options Manage services Manage vendors Read more about these purposes
View preferences
{title} {title} {title}